It looks like the process is getting better and now when more deployment options to try the new build plus project Honolulu is also in the mix.

The new build is also available as a .VHDX file that can easily add to a Hyper-V virtual machine.

If you plan to use the .VHDX file makes sure you use a generation 2 Virtual Machine and not 1.

And as always and 2.8GB ISO image of the new build is available.

Below you can see all the options. 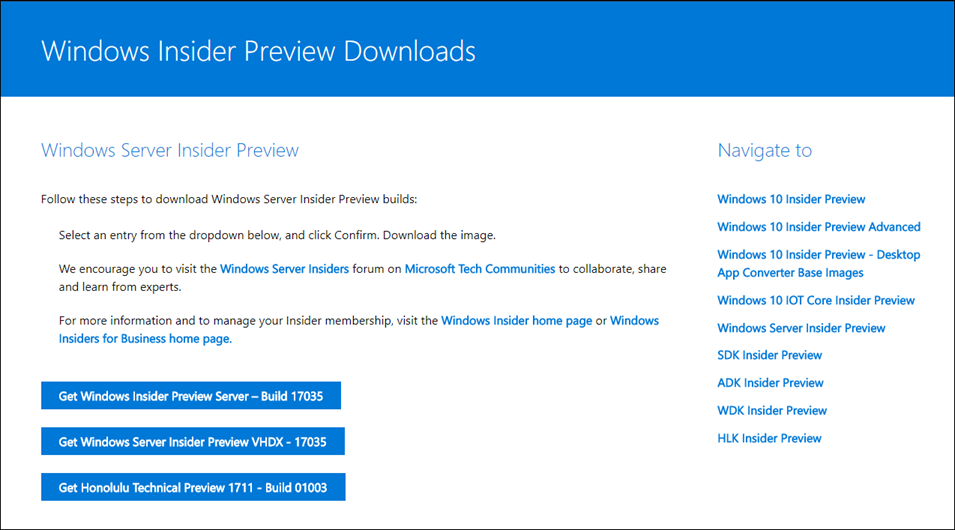 In my case, I’ve decided to try the new .VHDX and load the VM from it.

The process took around 3 minutes to complete

The new build number is as follow when running the cmdlet below:

The big news of 17035 is that Storage Spaces Direct which comes with new and important updates like Data Deduplication support, and ReFS.

Those two changes will bring 50% reduction in data footprint.

The new Project Honolulu technical preview 1711 build 01003 is now available with Server Insider before the public can access it.

The new features Include Windows 10 management and a new remote desktop for connecting to targeted machines.