In this article, I’ll show you how to SysPrep Windows Server Core 2016 using the sysprep.exe utility.

This article will also work with Windows Server 2016 version 1709 which only comes with a Server Core.

The purpose of Sysprep Is to prepare a Server to be cloned and remove the Built-in Security ID, Computer Name and any Information that was on the machine before running the tool.

We use Sysprep after creating a Gold Image or a Server Image that we would like to be used In production with specific tools, features, roles, and settings that needs to be consistent.

The process we follow in a gold image scenario is that we Install all features, tools, etc and then run Sysprep, once the machine is done we could start it and use it with as a base image.

Because Server Core comes with any GUI, we need to use the command line to SysPrep the Server as I’ll show you below.

The first step, Is to use the command line or PowerShell from Server Core

I’ll use the line below to get to the sysprep.exe tool location.

Tick the box Generalize and reboot or shutdown 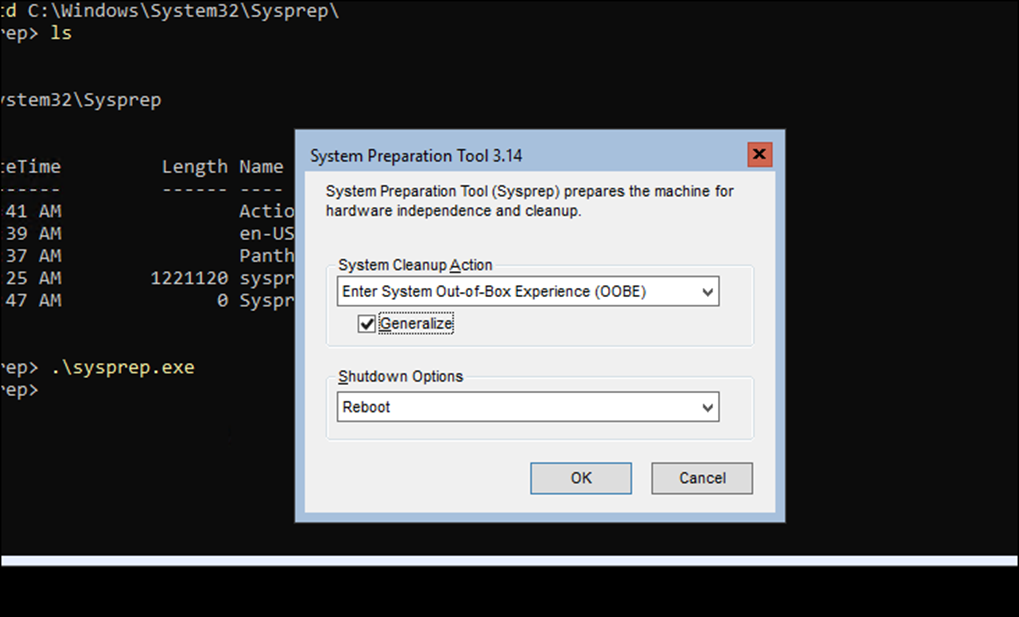 The process will take two or three minutes. 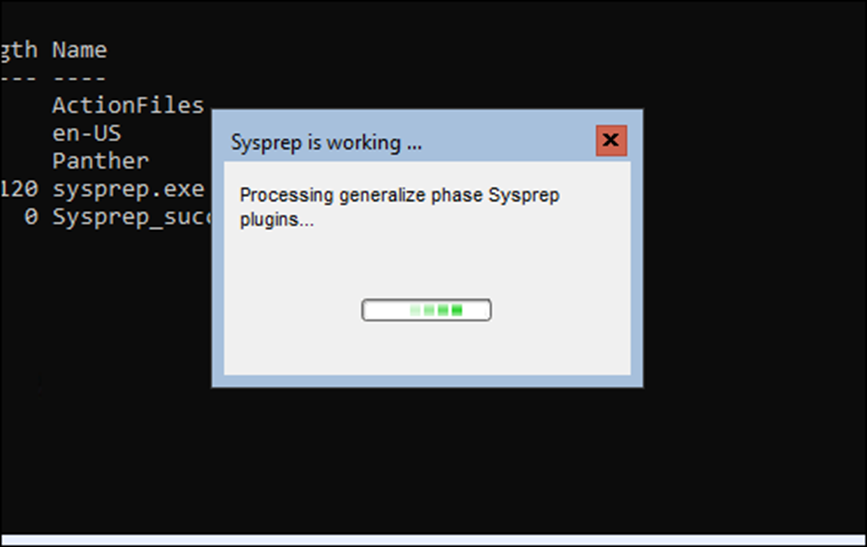