The first major announcement Is that Windows Server 2016 will get a new model for Server releases which will be similar to Windows 10 and Office 365 ProPlus.

The new release channel, Named Sami-Annual Channel, Will have two releases every year (Spring and Fall) and each release will be supported for 18 months similar to Windows 10 (1609, 1703, etc) releases.

The new release channel will be available for customers with volume licensing and Software Assurance only.

The normal module which Is currently In please (also known as Long Term Servicing Channel) will see a new Server release every 2-3 year.

For more Information on this visit https://docs.microsoft.com/en-us/windows-server/get-started/semi-annual-channel-overview

Second Major Announcement will see Windows Nano Server 2016 supported as a Container Image OS only and will not be supported to be Installed on a physical Server or as a VM.

The reason for this, Is Microsoft desire to focus on a Container Image only that will see the current Nano Server Image shirked by 50% In coming releases. 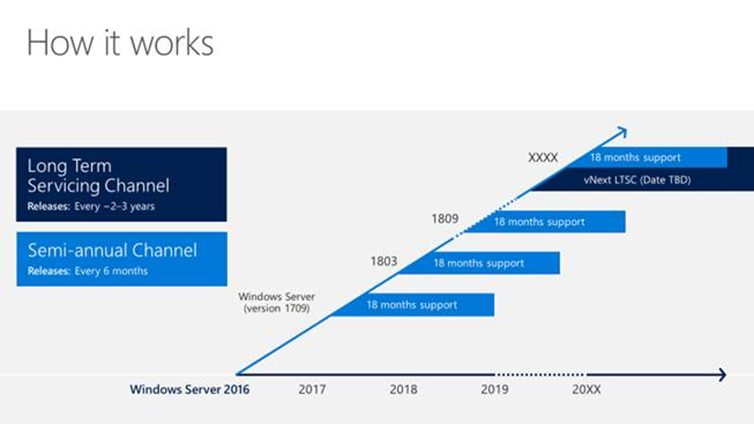