In this article, I’ll show you how to use Windows Nano Server 2016 as a File Share Witness (FSW) for Exchange Server 2016 Database Availability Group (DAG).

According to Microsoft, Any Windows Server which run 2008 R2 and above can be an FSW, including a Domain Controller (not recommended In production environments).

For a Windows Nano Server 2016 to act as FSW, the Server needs to be joined to the domain and be located In the same network as Exchange.

After running the cmdlet, you will see In your Nano Server a new folder called DAGFileSHareWitness 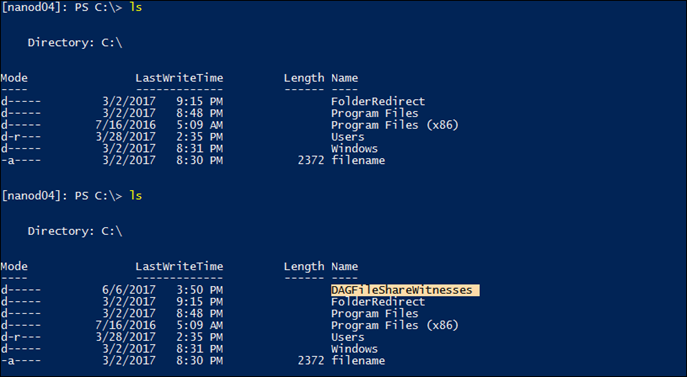