I listed below some and the main new features.

The Versions below are supported:

Windows Server 2019 will be released with a new Server Role called Storage Migration Service (SMS) that will simplify migration of Data and Security between Windows Server 2003, 2008, and 2012 R2.

SMS Will allow to:

Below you can see the SMS service role On Windows Server. 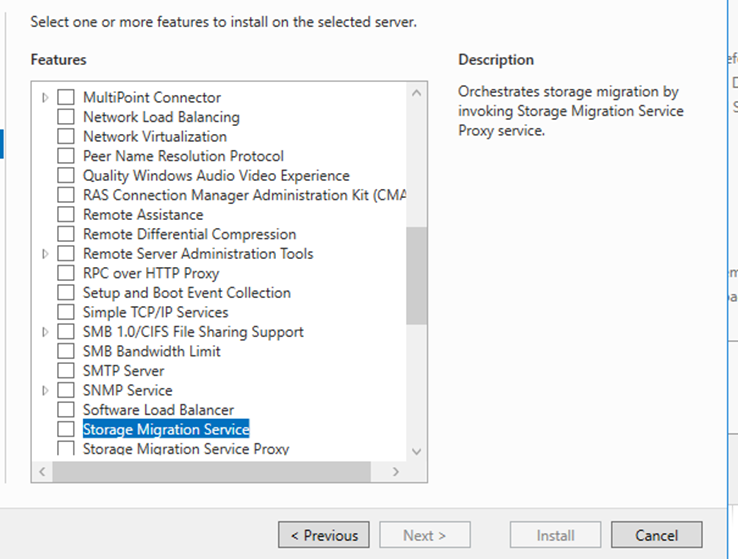