The new build is also available as a .VHDX file that can easily add to a Hyper-V virtual machine.

If you plan to use the .VHDX file makes sure you use a generation 2 Virtual Machine and not 1.

And as always and 2.8GB ISO image of the new build is available.

Below you can see all the options. 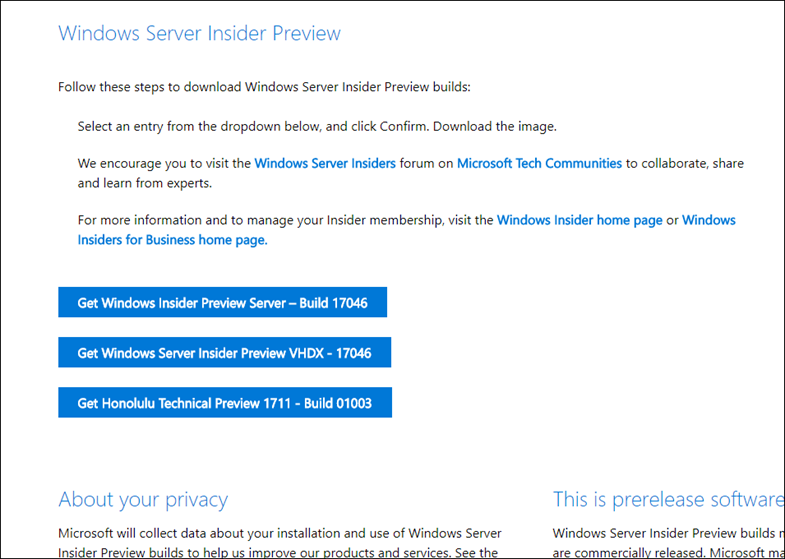 Build 17046 doesn’t come with new features except for new security and bug fixes.

Microsoft also announced with this build that auto update will be available in the future.

All keys are pre-configured In the ISO and VHDX files.

The Semi-Annual Channel will only be available for Volume Licensing Customers with Software Assurance.

If you don’t have Software Assurance you can use Microsoft Azure where it’s available.

Make sure you use Generation 2 Virtual Machine In Hyper-V otherwise the VM will not boot.

To Download the new build, use the link below