This release is the 4th release for Windows Server Insider.

Windows Insider is an open software testing program by Microsoft that allows users who own a valid license of Windows 10 or Windows Server 2016 to sign up for pre-release builds of the operating system previously only accessible to developers.

First announced on September 30, 2014, with the Windows 10 release and by September 2015 8 million people took part in the Windows Insider Program.

In May 2017, Microsoft announced that the program would extend to Windows Server 2016. The first Insider build for this operating system was released on 13 July 2017.[3][4]

The recommended Installation method is a clean install and there is no upgrade option.

Please don’t try to Install the new build on top of the old one as it will not work.

At this stage, you can’t Windows update to update the build.

You can download the build from the URL below: 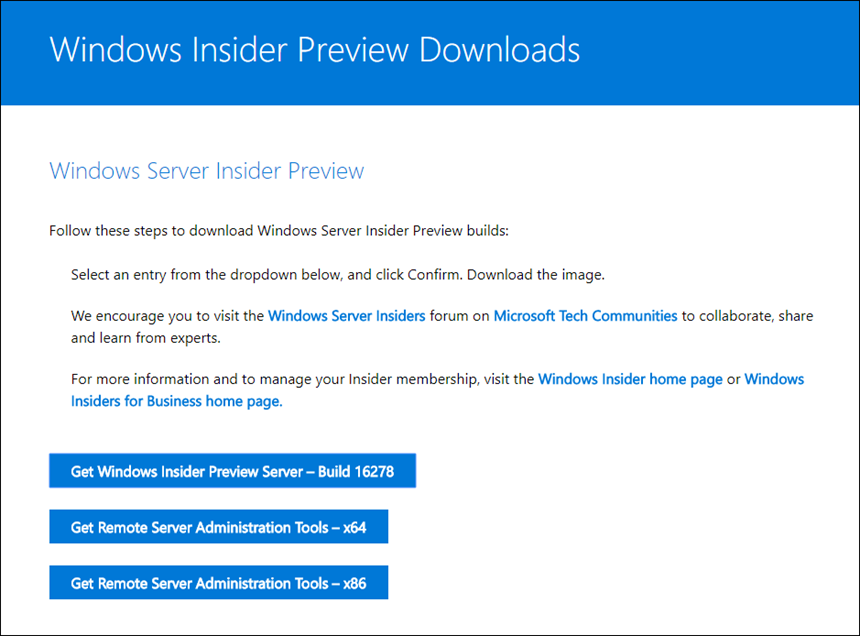 This build doesn’t Include new features however these are the main feature that you should be aware of: