In this article, I’ll show you how I check which port or ports are open on my Windows Container using Docker.

The Docker Engine for Windows was released In late October 2016 and Is fully supported by Microsoft and Docker.

To Install Docker on Windows Server 2016 visit articles below:

In the example below, I’ll show you how I check which ports are on open on my WIN02 container using the command:

I could also check If ports are open on my Windows Container using:

You could also use the Docker Inspect command to get more Information about the Container and open ports: 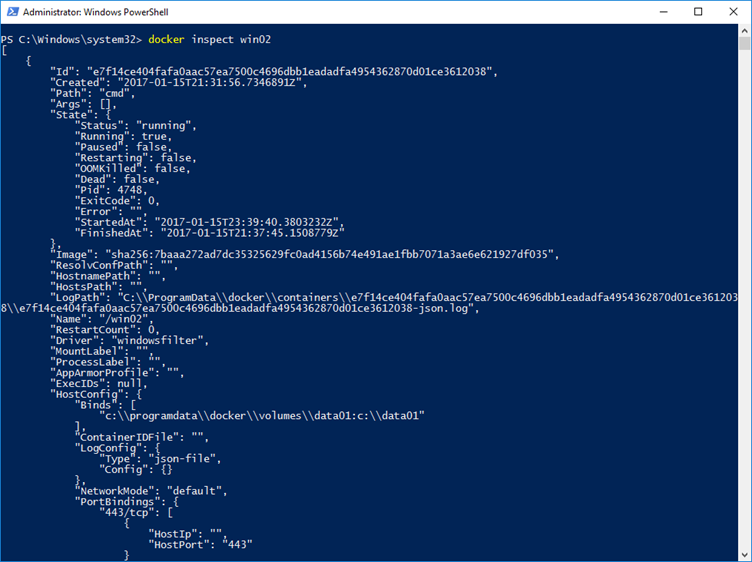